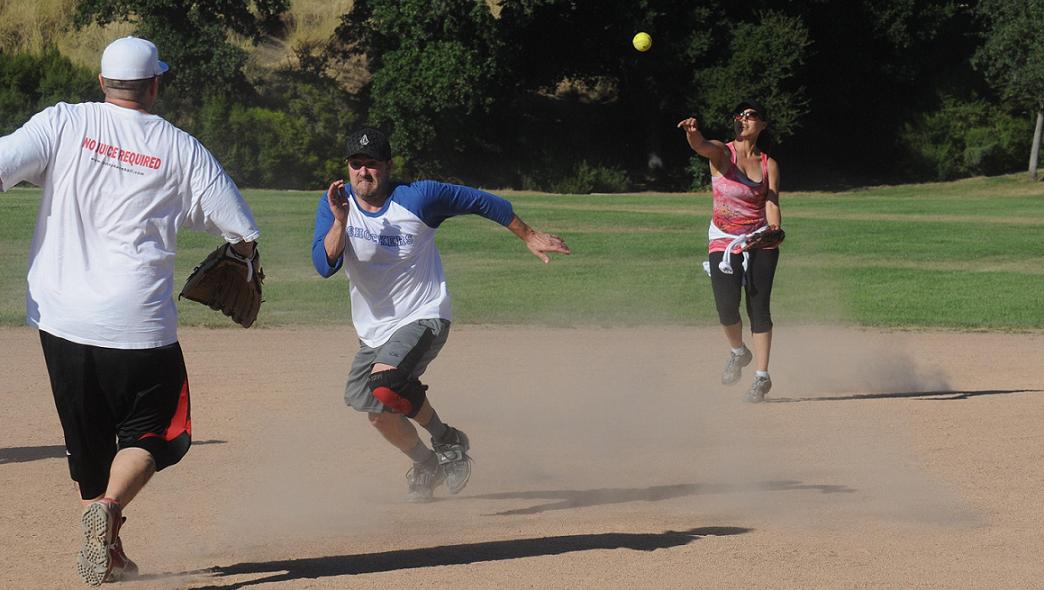 Have you always wanted to hang out with your Nitemare buddies during the week in a more urban environment but needed an excuse why? Well this summer we have the perfect opportunity for you – Nitemare 4×4 is going to have a Vavi team for softball n just a few weeks! That’s right, for our members based out of San Diego, we need you to help us get an awesome team on the field.

Here are the details: The league starts June 21st and will be every Thursday night for 8 weeks. The last weeks will be the “playoff tournament. We’ll be playing all our games at Robb Field in OB.  Attention to the ladies in our group:  we need you! There is a minimum requirement in order to encourage women to play, so that means a lot of play time for you!

Never played softball before? No problem. The league is very casual and is really fun for players of all ability levels. If you don’t have a glove, the more hardcore among us (*ahem, looking at you, Dave *) have scoured the web for some comprehensive guides to help you out. I’d also highly recommend the YouTube channels for Rawlings and Wilson. All you need to bring is a glove, your team t-shirt (included with registration) and maybe a beer!

I hope we can get a great team together; I know a lot of you live in the SD area and I would love to get more time together to bond.

See you in the dugout!

Dave has been an off-road fanatic for as long as he can remember. Starting at a very young age with a youth ATV, his love for the sport and collection of vehicles has only grown! Dave can regularly be seen at the most difficult off-road tracks that can be found anywhere. Even his daily driver, a huge Land Rover, is better equipped for 4×4 adventures than most hobbyists. Dave Wescott has been with us for a long time and we hope he stays much longer! His positive attitude and true dedication are a value to all of us.

Celia Davies holds several off-road championships in South America. She came to the United States in 2004 and has probably spent more time off-road than on since that time! Celia has been heard saying “You aren’t driving if you aren’t in four-wheel drive.” This VP is an inspiration to little girls everywhere who aspire to take on the world of 4×4 off-roading! Celia’s daily driver is a Toyota 4Runner with 35″ tires. There are no side steps even though Celia is of a very small stature. When asked why she doesn’t put on some steps she simply replies “clearance.”

Juan is the youngest member on the team, but he has been here from the beginning. A proud graduate of UCLA, Juan recalls spending all week in class and all weekend off-road. He has a broad perspective and many great connections that make him an amazing Activities Director! Every year since he took the position Juan has added new and exciting activities to the club’s calendar. Juan is known by everyone to be the guy with the big smile who is always laughing. He didn’t want to admit it but Juan’s daily driver is a Smart Car. No, it doesn’t have a lift kit.

Andrew, or the money man as he is often referred to, is our Treasurer. A proud member for the better part of a decade, Andrew has proven his loyalty with countless hours of hard work. Andrew is more than a hard worker though, his garage is three bays of off-road monsters! Custom fabrication is a hobby for Andrew and his work is pretty impressive. Andrew’s daily driver is a full-size Dodge 3/4 ton. The truck has custom grill guards, skid plates, roll bars, and many other additions that were all handmade by Andrew! If you ever hear someone yell “HEMI POWER” that is probably Andrew.